Saying No to "Christian" Sanhedrins

November 20, 2021
I was reflecting today (5/1/2018) about the SPACE between being a Christian institution (say a local church or a Christian University in the USA) and being responsible citizens--and what happens when the two are in conflict. Do we go the legal route or do we handle things internally--as a separate and distinct body governed by Christian rules of conduct.

What happens in this SPACE? Is there room to talk about what truly governs us (the Bible, the Holy Spirit, the denominational writings like The Discipline, etc) and what the world's legal system asks of us. The problem to me is when the places like your local church or a Christian University take the position of a City Court governed by laws instead of governed by love.

We know Jesus didn't obey all of Man's laws. We do know he was subject to his parents (post 3-day tweener campout in Jerusalem), and paid taxes (that render to Caesar comment--totally cool!), and spoke through Paul to the Romans to obey the governing authorities. Even Peter speaks to the believers about this with a suffering tone (1 Peter 2 and 3).

This made me think about Paul's words to the Corinthians in chapter 6.

Do you not know that we are to judge angels? How much more, then, matters pertaining to this life! So if you have such cases, why do you lay them before those who have no standing in the church? I say this to your shame.

Can it be that there is no one among you wise enough to settle a dispute between the brothers, but brother goes to law against brother, and that before unbelievers?

Perhaps there is some guidance here for us to not just try, but subscribe to and follow.

Jesus taught his followers that if we have something against another, we had a responsible step-by-step process toward reconciliation. He also taught that if we remembered something (during worship...interesting to note) another person has against us, we had a responsibility to go to them and seek reconciliation. So either way, if in our own thoughts, we are out of connection with anyone else, we act responsibly and take it upon ourselves to seek re-connection. To Jesus, being in right relationship is a basic foundational principle (law?) the kingdom of God is governed by.

John writes, "How can you hate your brother you have seen and love God whom you haven't seen?" (1 John 4:20) Hate is a strong word, but is that what we are doing when we stay disconnected with others? We hate them. Hate divides. Love connects and reconnects. Hate separates and keeps apart. The Holy Spirit's actions within a believer unite him or her with the body of Jesus.

Hate amputates. Love heals and does what is needed to mend. That is why words associated with love are merciful, gracious, tenderhearted, forgiveness, devotion, prefer. And the words associated with the actions of the flesh (that lusts against the spirit) produce the fruit and results of such things like: enmity, strife, discord, divisions, dissention, and rivalries  (Galatians 5:20f). Even adultery is a form of hate that divides; love stays together. This is why Paul speaks to the Corinthians so:

"To have lawsuits at all with one another is already a defeat for you."

A defeat. Let that sink in.
So, what does it look like to win?

Suffering and allowing ourselves to be defrauded... things that make you go, "Hmmm..."

So perhaps the reason why this road looks so lonely is because not very many are taking the off-ramp to get there. That takes time away from the main road we are on. But get there we must.  The light on this path must become brighter by our actions and choices. We would rather hear Paul shame us than deal with our sin. Choosing to stay with another when you see their sin and they do not can be a long haul. If there comes a time to separate, let it be on Jesus' terms: Go to just him. If he hears, great. If not, take someone else to arbitrate. If he doesn't hear then, take it in front of the whole body of believers together. Hopefully, he hears from them about his sinfulness.
But if even then he does not, then he has made a choice to separate himself from the fellowship and he will remain in that position until he comes around. The audience for that "coming around" is our treating him with a winsome spirit as we would unbelievers.  You still need to believe in him.
And such were some of us at one time...

August 28, 2018
Re-Imagining Youth Ministry :a blog mentorship experiment Yesterday I was visiting with a Senior Pastor and Youth Pastor of a church here in a small town in Oklahoma. I am coaching them and will be working with them to train some of their youth workers. These folks desire to be church B. They have a missional approach to ministry that to some, feels less flashy than the average youth ministry. So the youth pastor (let's call him Nate) was talking to the youth pastor down the street, who is in his 50's. As Nate was describing his ministry to this older youth pastor this is what the other youth pastor said to him.  "You send me your kids who want to have fun and I'll send you my kids who want to learn."--posted by Gerald Fees I totally get this. I just turned 50. I was raised under youth ministry professors who tried finding the balance to give to use youth ministry and Christian ed students, but hey, we were college students and we were already all about f
Read more

Regaining Our Language for Conversion 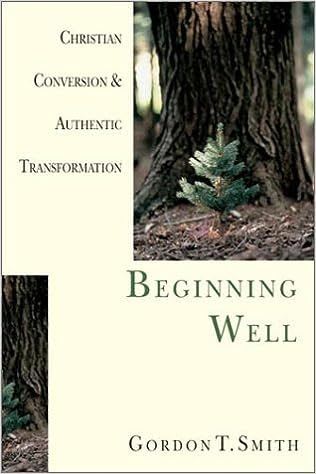 A reaction to Gordon T. Smith's, Beginning Well: Christian Conversion & Authentic Transformation, 2001. Gordon Smith states that “intentional reflection” on conversion has the “capacity to bring renewal and focus to our theological work”—and this hope for the reader is truly felt throughout the book (p10). Although the conversion experience is unique for each individual and “complex”, the author believes that there are “common elements” that can be drawn. Furthermore, the author is lead to conclude from his study “that Scripture calls for and assumes a conversion to Jesus Christ that includes seven distinct but inseparable elements” (p125). I would the point of “transfer of allegiance” instead to “love”. Jesus tells his followers, “everyone will know you are my disciples if you love one another” (John 13:35) and “anyone who loves me will obey my teaching” (John 14:23-24). Jesus left us with the command, “…teaching them to obey”… modeled in love. Smith takes us through a
Read more

Praying for Revival Will Bring You to Reconciliation 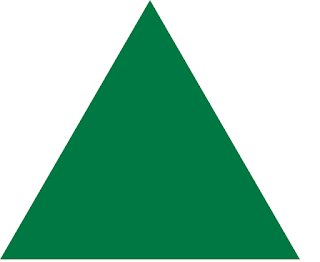 I am continuing to chew on something one of my ABF (Adult Bible Fellowship): What if in our praying for revival it has actually brought us to a sphere of where reconciliation must be exercised? I see this is a wonderful discovery and in my heart I hear, DO NOT MISS THE TWO! They are part of each other. friends said about revival and reconciliation, which has brought me to ask:  Revival and Reconciliation.  Let me dig into this more with something simple: a triangle. There are three points to every triangle, but if you have it flat side down, two points go up to ONE point to meet.  There has to be ONE point we all see for revival to happen as we pray for it; ONE point that draws us all together and I believe that ONE point is GOD as revealed through JESUS CHRIST and attested to by His Word given to us in the Bible. As we all come from whatever point we are currently standing (two points of a triangle) we need a ONE point to bring us together. Jesus said, "If I be lifted up, I will
Read more