The “Refusing to See” kind of blindness.

March 11, 2020
My devotional today from Ravi Zacharias stated, “The blindness to the sacred is the cause of all evil.”


I see that as blindness to Christ of course. After all, he is the light of all.

Spiritual blindness is the refusal to see the glory of God our Creator for what it is—in its truth and love. The pride of humanity doesn’t want to be shown what it doesn’t know and that it doesn’t know. After all our forefathers and mothers  have tasted the fruit from the tree of Knowledge of good AND evil. What is there not to know?

That is where our blindness lies.

But Jesus didn’t leave us in darkness or in our blindness.
“His cure was to help them see what they were really blind to, yet refused to see.” John wrote that men loved darkness rather than light. Jesus said that we are the light of the world and that a city set on a hill cannot be hidden not can a little lighted candle is it is lifted up in the room. Light is hope.

Light in the darkness. That is what the experience is of Jesus in the soul where we hunger. One facet of darkness is poverty and poverty is the repetition of hunger. It is a constant consumption of that which fades. False hope.

When the glory of God that shines in the face of Christ comes into our hearts and lives we have the manna meal that glorifies Christ within us. Because he who began a good work in you will be faithful to complete it.

Just like Jesus made the blind man see, not only was he healed physically and could testify about what Jesus did for him externally, but Jesus revisited him to connect with him relationally to be sure the two of them met. Why? So the former blind man could know, not because of some tree of knowledge fruit eating, but a knowing that consuming something for ourselves could not nor ever could reveal to us—Gods love. Jesus was full of grace AND truth. Both should lead us to know God.

Adam and Eve made exchanges the day they ate that forbidden fruit of knowing. Paul describes in Romans 1. One of those exchanges was to be fed or to feed. Spiritual death is blindness to God revealed to us. Will we continue to get our own knowledge? Or will we accept what has been revealed to us? Feed or be fed?

The story of the blind man demonstrates this. It’s really laughable how everyone is doubting and questioning what they see in the physical world. And even more hilarious is that Jesus set this all up and then exits—he wipes mud on the guy’s eyes, tells him to go wash (maybe more for the smell than the eyes, or for both) and then Jesus disappears from the story. Ha! But only for a little while.

The whole time Jesus is absent the Jewish spiritual leaders are trying to figure out first who the guy is. So much so they interrogated his parents. Even they had a problem at first recognizing him but I’m sure his momma finally did. But dad knowing Jewish laws told the leaders that his son was of age and to ask him how it happened.

Testimony of Jesus is the light pride takes issue with.

The leaders were blind. Jesus healed a man to be a witness for him to help the leaders see physically in hopes that spiritually theyd connect. They didn’t.

Hard hearts and blind eyes go together. Might as well add thick skulls. Thinking they could see, their blindness remained.

I believe one of the remedies for blindness (arrogant, hard-heartedness) is fasting. The spiritual act of denying yourself physical food will attack your pride because you’ve been led to believe you deserve food and you live to eat. The truth is you eat to live and don’t need as much as you consume. Learn to eat what God supplies.

Back to the story of the blind man. But this blog has gone on in my ramblings long enough. Go and read it for yourself. See what happens when the testimony is disregarded. Watch how Jesus re-enters the story and ask yourself why he does it that way. Listen to what Jesus tells the blind man (and you) and especially how the physical has now transformed into the metaphor for the deeper spiritual truth.

A new way to live the new life. The kingdom life.

That’s how the light comes on for us who once were blind.
—kk 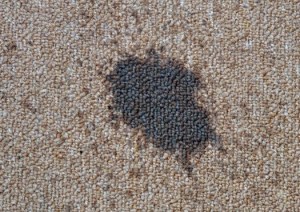 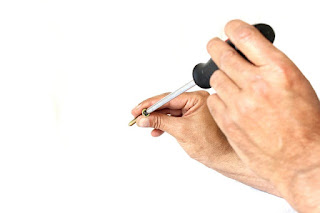